Special thanks to one of our visitors, Claudia Mattheiss, who forwarded me a link to a statement on the NJSPCA’s website — a statement seemingly unlinked to from the organization’s main page — which apparently backtracks strongly from their original statement regarding enforcement of New Jersey’s cruelty to animals statute 4:22-18, which reads:

With so much confusion and controversy stemming from this law, New Jersey motorists facing animal cruelty charges are advised to consult with an experienced traffic defense lawyer as soon as possible.

There has also been much conversation going on regarding the reach and practicality of the enforcement of the law.  We received the most email (pertaining to the confusion regarding the interpretation and enforcement of the law) from any one post on the website ever.  It seems that the original statements made by the SPCA and Superintendent Frank Rizzo caused so much concern that it spiraled out of control.  Here is his statement in reference to the criminal traffic fines outlined in the statute (fines ranging from $250 – $1,000 and as much as six months in jail.)

“That’s for each offense,” Col. Frank Rizzo, police superintendent for the New Jersey Society for the Prevention of Animal Cruelty, said Wednesday, according to The Bergen Record. “So, if you have more than one animal loose in your car, just do the math…”

“Some people tell us they like to let their pets hang their heads out the window to take in the fresh air,” Rizzo said, “but dogs and cats become projectiles in a crash.”

It’s easy to understand why anyone who read that statement and drives with pets in the State of New Jersey would be concerned. 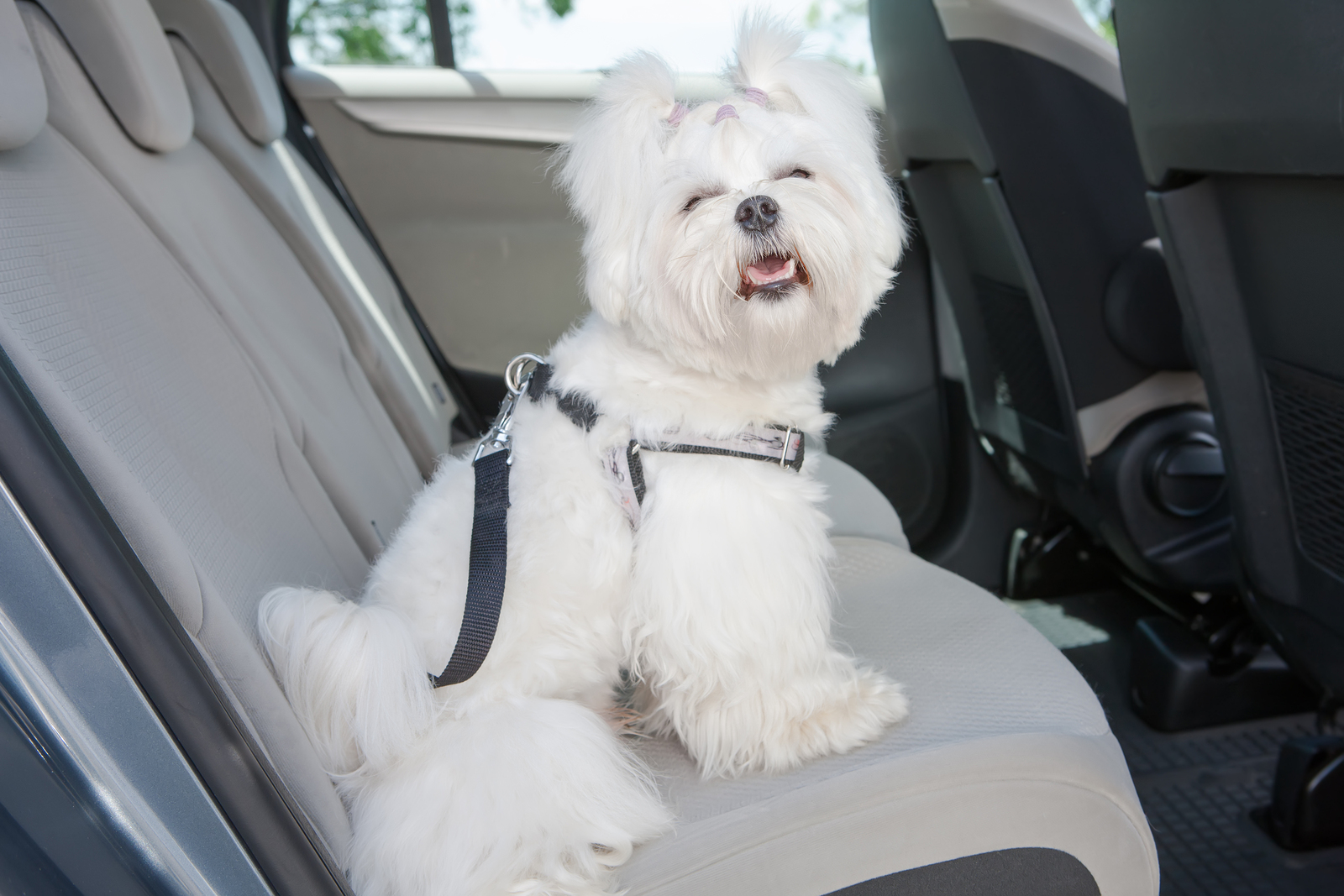 We did mention that there was no way to know for sure how the enforcement would be applied and that they law doesn’t expressly mention any type of necessary restraint.  It appears now that the NJSPCA has acknowledged that point as well in their statement:

The State of New Jersey’s has NOT passed a “new law” requiring animals to be restrained while being transported in a vehicle.  In fact, for over fifteen (15) years, New Jersey has had a law on the books called “improper transport” (4:18:22).  This law was explained during the event to highlight the fact that the NJSPCA does have the authority to file animal cruelty charges if and when animals are observed being transported in an improper manner.

The State of New Jersey is NOT mandating that animal owners run out to their local pet store or go online and purchase an animal harness that integrates into a vehicle seat belt system.  While the NJSPCA urges motorists to consider purchasing a harness to keep their animals safe, New Jersey state law does not require these devices.

The NJSPCA is NOT patrolling the streets and highways of New Jersey actively seeking dogs on the laps of drivers or unrestrained in the back seat of a car.  We partnered with the NJMVC to send the message to motorists that there are ways to transport animals in a safe and secure manner that will protect both motorists and animals alike.  However, if in the course of their duties NJSPCA personnel observe an animal being transported in an unsafe manner, they will take corrective action by issuing a summons and/or warning and spend some time educating the motorist.

It’s unfortunate that so many news organizations — local and national — have chosen to mischaracterize the intent of an event the NJSPCA held with the NJ Motor Vehicle Commission (NJMVC) on May 30, 2012 regarding unrestrained animals in vehicles.  The purpose of this statement is to set the record straight and clarify any misconceptions people may have as a result of incorrect news reports from the event.

Now, don’t misunderstand, the SPCA is an excellent organization, and they do great work protecting animals and tracking down those who abuse them.  But how exactly were readers expected to interpret Frank Rizzo’s comments coupled with the original press release from the NJSPCA?

To see the entire statement clearing up the NJSPCA’s position, click here.

We will keep you posted on additional future updates regarding this statute, its interpretation, and enforcement.