It’s Always Sunny in Philadelphia stars Kaitlin Olsen and Rob McElhenney, who play Dee and Mac on the show, have been sued after an alleged dog bite incident at the couple’s home. The mother of the injured child is seeking unspecified damages to cover damages including past and future medical bills. The mother, Julie DeLagarde, states that he daughter will be permanently scarred unless she undergoes additional reconstructive surgeries. While the events occurred at a Father’s Day party at the couple’s actual home in Los Angeles, for a moment let’s suspend belief and imagine that these events occurred in the Always Sunny universe where Dee and Mac were throwing a party in South Jersey.

At this point, we have only heard the plaintiff’s side of the story as the current understanding of the events is based n the plaintiff’s complaint. The complaint alleges that the Always Sunny stars hosted a Father’s Day party. At the party their long-time family dog, a German Shepard, was left off-leash. On her blog, the plaintiff characterizes the dog as an older and “kid-friendly” family pet that received adequate care, love and affection. The plaintiff claims:

“[My daughter] was petting the dog when out of nowhere the dog snapped and attacked her viciously. This happened within a foot of me, and [my daughter] was thrown to the ground, badly bitten on her face, and the dog had her pinned down on her back on the ground. The right side of her face was so severely bitten it was no longer connected, save one small area. In the hours before she was actually operated on, my husband and I took turns holding her right cheek on to her face.” 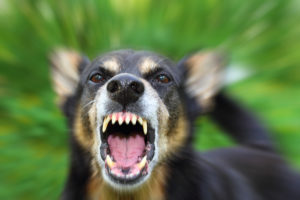 What is the Law in New Jersey For Dog Bites?

As a tort, dog bite laws vary from state to state. The New Jersey legislature has decided to treat dog bite injuries as a statutory strict liability offense with a 2 year statute of limitations. Strict liability means that fault or negligence is not considered by the court. Rather, in New Jersey under N.J.S.A. 4:19-16 a plaintiff must prove:

Further while some states apply strict liability conditionally based upon the owner’s objective knowledge of the dog’s viciousness, New Jersey does not. New Jersey applies its strict liability regime regardless of actual or constructive knowledge of the dog’s vicious behavior. Valid defenses to this scheme include that the victim was trespassing with criminal intent, when the injury is not caused by the bite and when the dog’s owner is someone other than the defendant. New Jersey law does not provide a defense to the owner for when a person provokes or incites the dog to bite. However the apportionment of damages, as required by New Jersey’s Comparative Negligence Act, in cases where more than one individual contributed to the accident can result in liability without owing damages to the plaintiff. However judicial interpretation of comparative negligence in New Jersey has developed a rebuttable presumption that children under the age of 7 are not negligent. For younger than 5 years, it is extremely difficult, if not nearly impossible, to rebut this presumption. 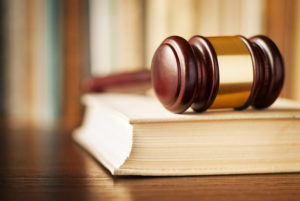 How a New Jersey Court Might Decide this Case

Further, the Always Sunny stars would likely be foreclosed from raising a comparative negligence analysis. The dog bite victim was 18-months old at the time of the incident. At a year and a half it would be nearly impossible to rebut the presumption that the child was not negligent.

For a free and confidential personal injury consultation, call Lombardo Law at (609) 318-6196, or contact us online.