Most people assume that traffic tickets and DWI violations “aren’t a big deal.” After all, countless traffic citations are issued on a daily basis — how significant could they really be?

If this is your line of thinking, you’re in for an unpleasant surprise. While traffic tickets and DWI arrests may be commonplace, they still carry serious civil and criminal penalties. Depending on the details of your situation, you could be heavily fined, have your driver’s license suspended, be required to perform community service, be sent to counseling for substance abuse, have to install a breathalyzer device in your personal vehicle, or even be sent to jail. If you’re a professional driver who holds a CDL, or if you were stopped for underage drinking while driving, the potential consequences are even more severe.

If you’ve been arrested for drunk driving in Atlantic City, NJ, or if you’ve recently received a citation for a minor traffic violation, you need experienced legal representation on your side. Having served as a both a municipal prosecutor and a criminal defense attorney, Joseph Lombardo brings more than 20 years of unique dual experience to the clients he represents. Joseph will approach your case strategically with the combined insights of a defense lawyer and prosecutor, and will protect your legal rights while guiding you through the justice system. To set up a free and confidential case evaluation with Joseph, call Lombardo Law today at (609) 445-4300.

GET A FREE LEGAL CONSULTATION

Municipal Courts in New Jersey hear all traffic-related matters as well as minor criminal matters encompassing “disorderly persons” or DP offenses, which are the approximate equivalent of misdemeanor offenses in other states. Joseph routinely appears before the Municipal Courts throughout and surrounding Atlantic City, particularly the Courts serving the Atlantic City Expressway, Garden State Parkway, and more.

Some common types of traffic matters Lombardo Law handles include:

GET YOUR FREE CONSULTATION

Thanks to numerous risk factors such as heavy population density, frequent roadway construction, a large number of commuters, rampant aggressive driving, and proximity to congested, Atlantic City, New Jersey law enforcement is extremely vigilant when it comes to monitoring major roadways like Route 30, Route 40, Route 47, and the Atlantic City Expressway. The result: a huge volume of traffic tickets issued on a daily basis.

What many drivers fail to appreciate is just how quickly these tickets can add up. While an individual ticket may initially be little cause for concern, it only takes a few to accumulate enough points to result in unpleasant legal consequences. If you accumulate six points in three years, for example, you’ll receive a surcharge. If you accumulate 12 points, your driver’s licensed will be temporarily suspended. In addition to these disruptive legal hassles, your insurance rates may also increase.

The penalties associated with traffic violations and traffic-related criminal matters can be steep. If you’ve received a speeding or traffic violation in Atlantic City, you aren’t always in a position to risk the points, fines, or increased insurance premiums. Many times individuals decide to fight the ticket. What can you do to fight a traffic ticket or violation?

Be polite and compliant – Do not say anything to incriminate yourself and don’t argue with the police officer.  Do not automatically assume that you are in the wrong. If you have a good case, you will get the chance to argue it in traffic court, at the time of your ticket being issued, any statements you make can be used against you.

Do not admit guilt – If you simply pay the fine or accept the points, you are admitting that you are guilty. Ask the police officer for a warning. If the police officer hasn’t started writing the ticket, you can usually ask for a warning (depending on what you were stopped for). Remember – do not admit how fast you were going or that you are wrong.

Try not to answer questions in a way that will incriminate you – Often, the police officer who is writing you the traffic violation will try and get you to state how fast you were going or what traffic law you think you broke.  The questions may be ones that you have heard before – “do you know what I stopped you for”, or “how fast do you think you were going”.  Remember to remain calm and polite, but try to answer the questions without incriminating yourself or taking a guess as to how fast you think you were going.  You may ask the police officer why it was that they pulled you over.

Decide whether you want to fight the ticket – If you are determined to fight your traffic ticket or reduce the penalties that you are facing, this is the point where it might be advisable to contact an attorney.  An attorney can explain to you in plain English what you can expect and if you are facing criminal charges, such as a DUI or DWI, with your traffic stop, what consequences you are facing. An attorney experienced in representing clients charged with traffic violations, DWIs, or criminal charges stemming from a traffic stop, will be able to question the evidence and may be able to get your charges or tickets reduced or dropped.

Of course, the above does not represent an exhaustive list of all possible violations and point penalties.

Despite initial widespread use, red light cameras eventually came under heavy criticism following allegations of corporate bribery, malfunctioning equipment, and even contributing to decreases in public safety. To the relief of many drivers, the red light pilot program was terminated in December of 2014. Therefore, recent red light violations will not result in any points being added to your record. However, violations which were captured on or prior to December 16, 2014 may still be processed by the Department of Transportation (NJDOT).

If you received a traffic ticket, had your license suspended, or were charged with DWI in Atlantic City, Lombardo Law may be able to help. To set up a free and private legal consultation with DUI lawyer Joseph Lombardo, call our law offices today at (609) 445-4300.

Mr. Lombardo is a trial-seasoned attorney with over 28 years of legal experience representing clients and their family members in the local courts of Atlantic City and Southern NJ.

Our promise to current and prospective clients is to be responsive within 24 hours of any inquiry.

Mr. Lombardo has successfully handled thousands of cases related to personal injury, criminal defense and other legal matters across and around Atlantic City.

“Joe is a top-notch attorney who zealously represents his clients with intelligence, compassion and integrity. A great resource and team player, I wholeheartedly recommend Joe Lombardo.”
– Joseph U. 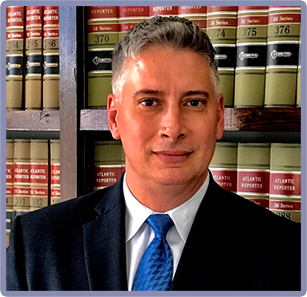 ABOUT JOSEPH A. LOMBARDO

Attorney Joseph A. Lombardo, creator of the Lombardo Law Group, is known for his successful representation provided to clients throughout and around Atlantic City, NJ since 1993.

Have You Been Injured in Atlantic City? Hot to File a Claim

Do You Need an Attorney for a Divorce in Atlantic City, NJ?

What To Expect if You’re Arrested in Atlantic City

Call for a Free Legal Consultation