Pedestrians are more vulnerable to injuries and accidents than anyone else on the road. Drivers, motorcyclists, and even bicyclists all have some degree of physical protection, even if it’s only a helmet – but pedestrians lack even the most basic form of safety gear to shield them from physical harm.  During the spring and summer months, when the streets are full of runners and joggers, the likelihood of serious accidents occurring becomes even higher.  This is especially true in densely-populated New Jersey, where a large number of commuters also means a large number of passenger vehicles.

If you were injured or hit by a car while running, jogging, walking, or crossing the street, personal injury lawyer Joseph Lombardo may be able to help.  Joseph has more than 20 years of experience helping New Jersey injury victims and the loved ones of wrongful death victims recover compensation for their losses, and dedicates his practice to balancing compassionate personal support with aggressive legal representation.  Joseph is proud to serve communities across Southern New Jersey, including but not limited to Atlantic City, Cherry Hill, Hamilton, Hammonton, Mays Landing, and Vineland. 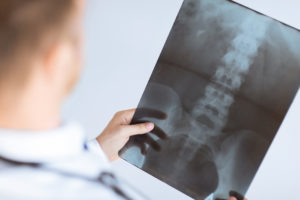 It’s alright if you don’t know whether or not you have a personal injury claim – we’re here to answer all your questions.  To set up a free, completely private case evaluation with Joseph, call Lombardo Law at (609) 418-4537 any time of day or night.  You won’t be charged any fees, and your information will be kept confidential.

In April of 2010, the state of New Jersey passed a law (Assembly Bill No. 1329) requiring motorists to stop for pedestrians in crosswalks, updating old laws which formerly required motorists only to yield.  Under the new law, New Jersey drivers must:

Most importantly for pedestrian accident victims, the updated crosswalk law states that if there is a collision between a vehicle and a pedestrian inside a marked crosswalk or an unmarked crosswalk at an intersection, then “there shall be a permissive inference that the driver did not exercise due care for the safety of the pedestrian.”  In other words, the new law favors pedestrians over drivers in the event of a crosswalk accident.

Additionally, some parts of the old law still remain in effect.  For example, drivers are still required to yield for pedestrians who are crossing unmarked crosswalks, such as unmarked intersection crosswalks.

If a driver or motorcyclist injures a pedestrian because he or she failed to obey traffic safety laws, he or she could be liable.  Some common examples of negligent, reckless, and aggressive driving include:

New Jersey traffic laws also state that drivers are also required to remain at the scene of an accident.  Under N.J.S.A. § 39:4-129, “The driver of any vehicle, knowingly involved in an accident resulting in injury or death to any person shall immediately stop the vehicle at the scene of the accident or as close thereto as possible but shall then forthwith return to and in every event shall remain at the scene until he has [disclosed all necessary information, such as contact and insurance information].”

If a driver prematurely leaves the scene of an accident or commits hit and run, he or she can be criminally charged in addition to sued.  If you are a hit and run victim, Lombardo Law may be able to assist you.

The National Highway Traffic Safety Administration (NHTSA) is the division of the U.S. Department of Transportation tasked with studying and preventing traffic accidents.  The NHTSA reports that in 2012 alone, a total of 4,743 pedestrians were killed while another 76,000 suffered injuries.  That equates to one pedestrian injury every seven minutes and one pedestrian death every two hours.

When pedestrian accidents do occur, the victims are often killed or catastrophically injured. There are multiple factors that contribute to this issue.  For example, pedestrians:

Common injuries caused by pedestrian accidents such as car collisions include:

If you were seriously injured after being hit by a car or were involved in another type of pedestrian accident, or if you are the spouse or relative of a wrongful death victim, Lombardo Law can help.  Attorney Joseph Lombardo will guide you through every step of the legal process, explain your rights and options, and fight hard in pursuit of maximum compensation for your losses.  To set up a free and confidential legal consultation, call Joseph at (609) 418-4537 today.